Our latest post comes from Giles Bowkett. Giles recently wrote a book, Rails As She Is Spoke, which explores Rails’ take on OOP and its implications. It’s an informative and entertaining read, and you should buy it.

A few days ago I wrote a blog post arguing that rails developers should take DCI seriously. Be careful what you wish for! A tumultuous brouhaha soon ensued on Twitter. I can’t necessarily take the credit for that, but I’m glad it happened, because one of the people at the center of the cyclone, Rails creator David Heinemeier Hansson, wrote a good blog post on ActiveSupport::Concern, which included a moment of taking DCI seriously.

[…] breaking up domain logic into concerns is similar in some ways to the DCI notion of Roles. It doesn’t have the run-time mixin acrobatics nor does it have the “thy models shall be completely devoid of logic themselves” prescription, but other than that, it’ll often result in similar logic extracted using similar names.

DCI (data, context, and interaction) is a paradigm for structuring object-oriented code. Its inventor, Trygve Reenskaug, also created MVC, an object-oriented paradigm every Rails developer should be familiar with. Most Ruby implementations use mixins quite a lot, and there is indeed some similarity there.

However, there’s a lot more to DCI than just mixins, and since I’ve already gone into detail about it elsewhere, as have many others, I won’t get into that here. I’m very much looking forward to case studies from people who’ve used it seriously. Likewise, there are a lot of good reasons to feel cautious about using mixins, either for Rails concerns or for DCI, but that discussion’s ongoing and deserves (and is receiving) several blog posts of its own.

What I want to talk about is this argument in Hansson’s blog post:

I find that concerns are often just the right amount of abstraction and that they often result in a friendlier API. I far prefer current_account.posts.visible_to(current_user) to involving a third query object. And of course things like Taggable that needs to add associations to the target object are hard to do in any other way.

It’s true that this will lead to a proliferation of methods on some objects, but that has never bothered me. I care about how I interact with my code base through the source.

I added the emphasis to the final sentence because I think it’s far more important than most people realize.

To explain, I want to draw an example from my new book Rails As She Is Spoke, which has a silly title but a serious theme, namely the ways in which Rails departs from traditional OOP, and what we can learn from that. The example concerns the familiar method url_for. But I should say “methods,” because the Rails code base (as of version 3.2) contains five different methods named url_for.

The implementations for most of these methods are hideous, and they make it impossible not to notice the absence of a Url class anywhere in the Rails code base — a truly bizarre bit of domain logic for a Web framework not to model — yet these same, hideously constructed methods enable application developers to use a very elegant API:

I care about how I interact with my code base through the source.

I may be reading too much into a single sentence here, but after years of Rails development, I strongly believe that Rails uses this statement about priorities as an overarching design principle. How else do you explain a Web framework that does not contain a Url class within its own internal domain logic, yet provides incredible conveniences like automated migrations and generators for nearly every type of file you might need to create?

The extraordinary internal implementation of ActiveRecord::Base, and its extremely numerous modules, bends over backwards to mask all the complexity inherent in instantiating database-mapping objects. It does much, much less work to make its own internal operations easy to understand, or easy to reason about, or easy to subclass, and if you want to cherry-pick functionality from ActiveRecord::Base, your options span a baffling range from effortless to impossible.

Consider a brief quote from this recent blog post on the params object in Rails controllers:

In Ruby, everything is an object and this unembarrassed object-orientation gives Ruby much of its power and expressiveness. […] In Rails, however, sadly, there are large swathes which are not object oriented, and in my opinion, these areas tend to be the most painful parts of Rails.

I agree with part of this statement. I think it’s fair to say that Ruby takes its object-oriented nature much more seriously than Rails does. I also agree that customizing Rails can be agonizingly painful, whenever you dip below the framework’s beautifully polished surface into the deeper realms of its code, which is sometimes object-oriented and sometimes not. But if you look at this API:

The API Rails uses looks like Lisp, minus all the aggravating parentheses.

Rails disregards object orientation whenever being object-oriented stands in the way of a clean API, and I actually think this is a very good design decision, with one enormous caveat: when Rails first debuted, Rails took a very firm position that it was an opinionated framework very highly optimized for one (and only one) particular class of Web application.

If (and only if) every Rails application hews to the same limited range of use cases, and never strays from the same narrow path of limited complexity, then (and only then) it makes perfect sense to prioritize the APIs which developers see over their ability to reason about the domain logic of their applications and of the framework itself.

Unfortunately, the conditions of my caveat do not pertain to the overwhelming majority of Rails apps. This is why Rails 3 abandoned the hard line on opinionated software for a more conciliatory approach, which is to say that Rails is very highly optimized for a particular class of Web application, but sufficiently modular to support other types of Web applications as well.

If you take this as a statement about the characteristics of Rails 3, it’s outrageously false, but if you take it as a design goal for Rails 3 and indeed (hopefully) Rails 4, it makes a lot of sense and is a damn good idea.

This is an area where DCI demolishes concerns, because DCI provides an entire vocabulary for systematic decomposition. If there’s any guiding principle for decomposing models with concerns, I certainly don’t recall seeing it, ever, even once, in my 7 years as a Rails developer. As far as I can tell the closest thing is: “Break the class into multiple files if…”

I’m not actually a DCI zealot; I’m waiting until I’ve built an app with DCI and had it running for a while before I make any strident or definitive statements. The Code Climate blog itself featured some alternative solutions to the overburdened models problem, and these solutions emphasize classes over mixins. You could do worse than to follow them to the letter. Other worthwhile alternatives exist as well; there is no silver bullet.

However, Rails concerns are just one way to decompose overburdened models. Concerns are appropriate for some apps and inappropriate for others, and I suspect the same is true of DCI. Either way, if you want to support multiple types of applications, with multiple levels and types of complexity, then making a blanket decision about “just the right amount of abstraction” is pretty risky, because that decision may in fact function at the wrong level of abstraction itself.

It doesn’t take a great deal of imagination to understand that different apps feature different levels of complexity, and you should choose which technique you use for managing complexity based on how much complexity you’re going to be managing. As William Gibson said, “the street finds its own uses for things,” and I think most Rails developers use Rails to build apps that are more complex than the apps Rails is optimized for. I’ve certainly seen apps where that was true, and in those apps, concerns did not solve the problem.

(PS: You should read my book.)

Does the GIL Make Your Ruby Code Thread-Safe? 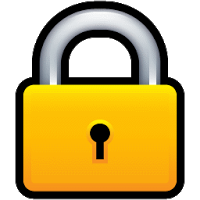 This is a guest post by Jesse Storimer. He teaches the Unix fu workshop, an online class for Ruby developers looking to do some awesome systems hacking in Ruby and boost their confidence when it comes to their server stack. Spots are limited, so check it out the class while there's still room. He's also the esteemed author of Working with Unix Processes, Working with TCP Sockets and Working with Ruby Threads.

There are some misconceptions in the Ruby community about this question surrounding MRI's GIL. If you only take one thing away from this article today, let it be this: The GIL does not make your Ruby code thread-safe. Read More

Write a Vim Plugin with TDD